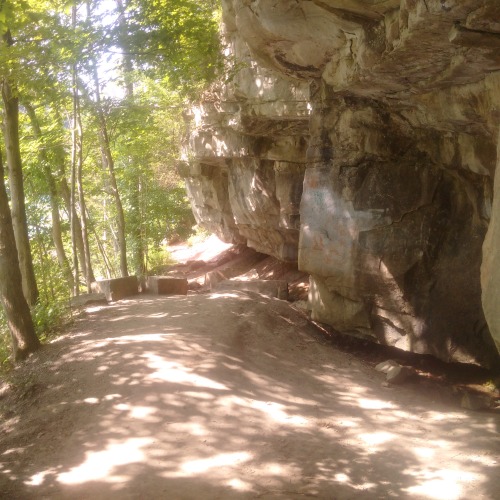 Everyone knows how much I like the seaside. I go to the beach as often as I can, and I’m fortunate to live within a few hours of 3 of the 5 great lakes. As well, Canada has millions of rivers (depending on your definition of when a creek becomes a river. I’m being generous in my threshold), and I live within walking distance of the convergence of the Grand and Speed Rivers. I’ve never in my life lived more than a few kilometers of water. When we took the Rocky Mountaineer trip, we followed several rivers starting in Vancouver, and ending (for us), in Banff. We’ve been to the Florida Gulf coast many times, and Cuba, and the Dominican Republic and Myrtle Beach, and Prince Edward Island, and Newfoundland. The sound of water lapping against the shore or flowing over rapids is good for one’s soul, and there is increasing proof that the beach is good for reducing stress and anxiety. Can confirm, for me, anyway.

When we went to Las Vegas, Connor was only 12, and part of our adventure was going to the ghost town of old Las Vegas. As we headed away from the lights and concrete and the throngs of people,  the colours of the desert were stunning. The asphalt of the road wound in curves through red rocks of the canyon and the desert, with the purple mountains in the distance. I stood at the edge of Old Las Vegas looking out at the amazing vistas. As I write this, I’m trying to remember where those pictures are.  I might be falling headlong down a jumpdrive rabbit hole realsoonnow.

When we went to Vancouver last year, part of our package included going up Grouse Mountain. I wanted to go to Capilano to the suspension bridge and the cantilevered glass walk through the valley, but I wasn’t super interested in Grouse Mountain. Then, I got there. From one side of the summit, I saw a thousand shades of green on the mountains around us, and the purple and yellow of the mountain wildflowers. On the other side of the summit, the green of giant ancient trees sloped down to the deep blue of the harbour and the Pacific Ocean beyond. I wanted to plan my next vacation to the west coast before I had even finished my current one.

This past weekend, Mike and I went to Niagara Falls. We both grew up in the Golden Horseshoe, and there have been many visits to the Falls. Both in winter and summer, there’s no disputing the wonder of the Falls. This trip, despite our proximity, did not include a visit to the edge of the falls. We chose instead to visit the Niagara Glen, a nature preserve in the gorge near the whirlpool. There are kilometers of trails spiderwebbing through the preserve. We walked 3 of them.

When I was as kid, my friend Margaret and I used to hike along the Bruce Trail on the Niagara Escarpment. We’d wander and sit on fallen trees and poke in pools of water for crawfish and sing at the top of our lungs and talk about very serious pre-teen things like which one of the original A-Team we liked best, and what the most recent episode of Fantasy Island or V meant. Those were truly golden days. There’s no artifice in the woods.  When we stopped doing that I missed it. Eventually, the pear orchard we passed through to get to the trail became a new subdivision, and the golden willow we used to climb was razed to extend a road. I don’t remember the last time she and I went out there together. I’ve been on that trail since with Connor, but even that was ages ago. I’ve been on other trails, since, too. There was a parcel of Crown Lands near our place in McDonald’s Corners that had been clearcut and replanted in the middle of the last century. The towering pine trees, with half a century of needles making a soft and silent carpet on the forest floor. I only went there a few times to walk my dog, but it was magical. It made you feel like you might be the only person who’s ever walked there.

So when I think of Shinrin-yoku, that pine plantation is what I think of. Shinrin-yoku is a Japanese concept of Forest Bathing, or taking in the atmosphere. Being in nature is good for you. It’s not supposed to be about hiking or exercising, it’s about just being in nature, and taking it in with all your senses. In Japan, it’s prescribed as medicine.

As Mike and I were walking this weekend through the trails of the Niagara Glen, each section of trail we wandered had different qualities from the others, and yet, the whole span was only a few kilometers long, less than a third of a kilometer wide, and more than 200 feet elevation change from the top of the stairs to the river. There was dense leafy underbrush that made it feel closed in and hot. The wide open space under the canopy of the Carolinian forest, with tall pines, oak, walnut, and the tulip tree (which is a giant hardwood tree related to magnolia). There’s the red dirt at the bottom of the gorge. The moss-covered rubble, spiralling rock staircases between towering, impossibly leaning boulders. We didn’t talk much as we walked. We stopped a few times when the path approached the edge of the cliffs. We sat on felled trees and watched the water crashing over the rapids, and we chatted quietly.

When we emerged up the steel stairs back to the top of the gorge, I was overwarm.  We left Niagara Falls in the early afternoon to head home. I could have asked Mike to stop at the beach on our way, but I didn’t need to. The forest had done its job.

One thought on “Shinrin-yoku”