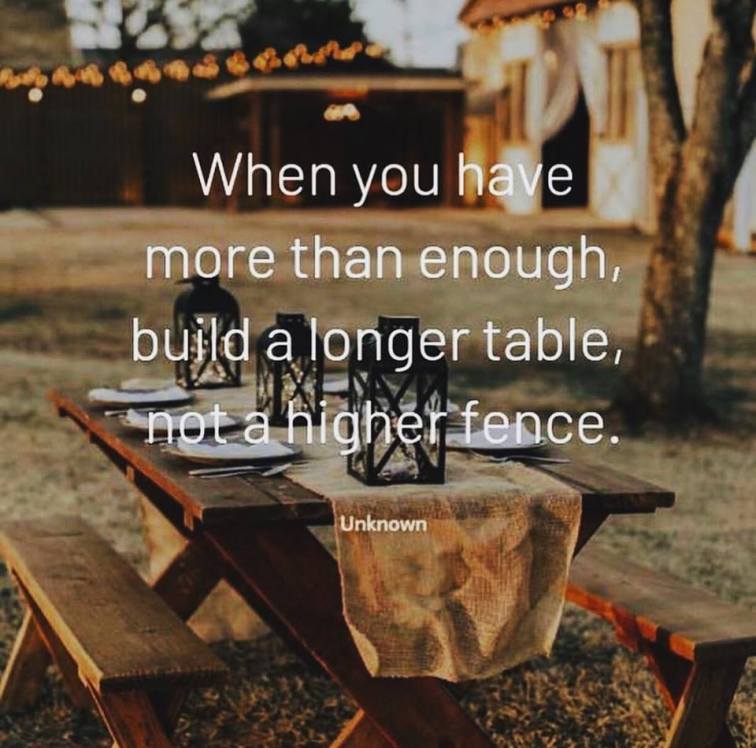 My diocese is looking for money for some specific projects. Part of it is so that more wealthy parishes can support less wealthy parishes. Then all the churches have the ability to repair the roof on their church or replace an aging boiler to keep the church and parish offices heated through the long Canadian winter. Some of the money is for each parish to complete their own projects. My parents’ parish, for example, will be doing a hard lift to pay down the mortgage on their church (that got rebuilt a few years ago). My dad is upset at the way they’re going about asking for the money. If someone wants to come to your house to discuss how much they think you *should* be increasing your donation, that’s definitely going to make you feel on the spot. No wonder he feels put-upon. Rightly so. My parents are very generous, and they absolutely do their part. The paperwork is aimed more at people like me. My giving is random. If I don’t have cash, the envelope gets whatever I can scrape together. If I’m a little more flush, the envelope is too.

There’s a line beyond which it’s not OK to push. Everyone has their own definition of where that line is, and I don’t envy anyone who relies on someone’s generosity to try to navigate that line. And it’s a moving line, no less.  When we were in Newfoundland a few years ago, there was a homeless man outside a store. He was asking for some money so he could go in and get a banana. My dad, who is one of the most generous men you’ll ever meet – both with his money and his time, would not give him the dollar he needed for the banana. I gave the man the money, but we tease my dad all the time now. The line in the sand for my dad is measured in Bananas. At Christmas, The Famiglia De Swears donates to different charities on behalf of our family. When I called to make a donation to one place, they said that they would prefer a monthly donation to a single donation once a year. I said that I didn’t want to donate monthly. They said that it was easier for them to have “dependable funding” if people would donate monthly. I repeated that this was a one time thing. They asked me to reconsider. And I did. I reconsidered giving them anything, and took my donation money elsewhere.

So why am I frothed up about this right now? I mean, I’m an RC kid. You have to get up pretty early in the morning to get the jump on laying the guilt on me. So what’s the burr under my saddle?

A week ago, Notre Dame burned. Immediately, people were angry about how the world rushed to fund the rebuilding of the church. Surely The Vatican can do that. Surely there are better causes than the one you feel like you want to choose to support. Shame on Disney for pledging 5 million dollars – they should pay their employees more instead. Shame on North Americans for sending money; this is Europe’s problem, they should fix it. But it can’t be France’s problem, because of the whole separation of church and state thing, so shame  Emmanuel Macron for being part of the rebuilding effort.

A year and a few weeks ago, 17 members of the Humboldt Broncos died, and 13 others were injured. The tragedy touched people around the world, and people left hockey sticks on their porches. In my neighbourhood, I noticed at least a dozen houses with a stick out by the front door. I put a stick and a puck out myself. Many, many people have kids or kids-of-friends, or maybe us ourselves played hockey at some time in our lives. It brought many people together and money was raised to help support the community of Humboldt. A few weeks later – a year ago today, actually – a van hopped the curb in Toronto and killed 10 people. 16 more were injured. People didn’t rally the same way as they did for Humboldt, and that made some people reallyReallyREALLY angry. How dare you feel more acutely for white teenage hockeyplayers than you do for assorted-coloured many-aged victims in Toronto? You must be racist because you can relate to the hurt of a hockey team and the arena family more than people who died just going about their lives in Toronto.

I get that every cause is worthy in some way. Save the bees, SPCA, clean water everywhere, education for girls in third world countries, veteran’s issues, lunch programs for your local schools, socks for homeless, safe injection sites, breast cancer, Cinderella boutique for kids who can’t afford prom clothes, LGBTQ issues, arts funding, mental health… There is need everywhere. I understand why things go off the rails, even. Go to people who you know are generous, and lean on them to be more generous. If you don’t ask, most people won’t spontaneously decide to give more.

But the thing is, just because you ask, doesn’t mean you’re going to get what you requested. If someone is asking for $5000, you can give them 10 bucks. Or nothing. Or $5000. It’s up to you how to be generous. Generosity doesn’t have to mean dolladollabills. $Dayjob gives us 2 volunteer days off to support an organization of our choice. Since I’m not using them for cadets anymore, I get to find somewhere else to donate 2 days of time – Donkey sanctuary, perhaps?

But you can’t help everyone. And if someone tells you that what you’re doing isn’t enough, really, they don’t get a say. Choose the things that speak to you and help them. Generous is as generous does. And if someone else doesn’t like that, too bad. They can choose to be more generous to the things that are important to them. It doesn’t matter if the thing is great or small, it just matters that you do it. Find the things that speak to you, and find ways to support them. And truly, at the end of your life, you’ll never look back and say that you wish you hadn’t been so generous. Cannonball in.